What I Learned At Saatchi & Saatchi Advertising – It Is Relevant Today

I got educated at Saatchi & Saatchi Advertising. I applied my learning to a career that spanned GM of the Minneapolis office, to London and Europe, to two Internet startups, my own agency, and now my advertising agency consultancy.

I learned about the power of strategy, kick-ass creative, being ballsy and going for it. This is what an agency principal and her agency must use today. 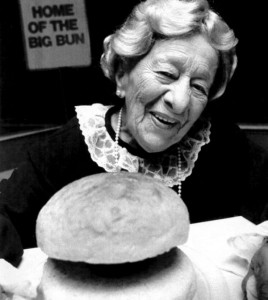 I started my advertising career at Dancer Fitzgerald Sample as an AAE on the large General Mills account. Dancer was known as DFS. It was New York’s largest advertising agency and lived in the glorious Chrysler Building. Its clients also included P&G, Toyota, HP, Wrangler, RJR, Nabisco and other biggies.

During my tenure, it was named Agency Of The Year and had a new business pitch winning streak that hit baseball Hall of Fame numbers… .900+. The agency was also known for delivering highly effective advertising including Wendy’s “Where’s The Beef?” and the advertising that launched Toyota and sustained its growth.

The agency spent a great deal of time and money nurturing its account executives with a weekly training program that pumped out the best AE’s in the industry. DFS taught me how to write brand-building strategies, run a profitable account and how to deliver exceptional account service. It also taught me how to work within an empowering, yet nurturing a culture where everyone loved their job. This last point was driven home every month when we celebrated employees who had worked at the agency for 10, 20 and even 30 years.

I was about to learn even more.

DFS was purchased by Saatchi & Saatchi Advertising Worldwide in 1986. Here’s the ‘official’ take from Wikipedia:

On February 24, 1986 Saatchi & Saatchi agreed to acquire Dancer Fitzgerald Sample for $75M and immediately announced that it would be merged with the Saatchi owned UK network Dorland Advertising. At that time Dancer Fitzgerald Sample was the thirteenth largest advertising agency in the US with billings of $876M and clients including Procter & Gamble, General Mills, Toyota, Sara Lee and RJR Nabisco. The new DFS Dorland Worldwide network was to be operated independently from the Saatchi and Saatchi Compton Worldwide network and was at that time the sixteenth largest agency network in the world.

Within a year however – by June 1987, DFS was merged with Saatchi & Saatchi Compton, the US subsidiary of Saatchi & Saatchi. At that point the merged business became the largest agency in New York with billings of $2.3B.

At the time of the purchase, I was the General Manager of our Minneapolis office. I was excited by the purchase and thought that being a part of the world’s leading (and most famous) agencies would deliver one of my dreams — to work internationally. In fact, that happened in 1992 when I moved to Saatchi London to run European Business development and the Johnson & Johnson account across 10 offices.

What I Learned At Saatchi & Saatchi Advertising 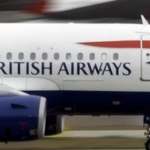 1. Damn the barriers – “Nothing Is Impossible”

The Saatchi culture was ballsy. We believed that we produced the best strategies and the most powerful advertising in the world. We believed that there were no barriers to helping our clients achieve market dominance. In fact, we saw no boundaries to our own industry dominance and we became the world’s largest agency. This thinking was delivered via the agency’s brand statement… “Nothing Is Impossible”. This idea lives on after Maurice and Charles left the agency in 1995. Today’s ‘new’ Saatchi & Saatchi still uses the line on its website… “We have an unshakeable spirit and unbeatable attitude from day one at Saatchi & Saatchi that Nothing is Impossible.”

Me? I used the idea of ‘Nothing Is Impossible’ to help me leave advertising in 1995 to launch two Internet startups.

Funny story, well not that funny… read about the worst advertising presentation ever. A pitch for Adidas’ global account.

Saatchi London was the most creative agency – full-stop. An arguable point for some other agencies, but in the late ’80s and early ’90s it was true. The agency simply attracted the best creatives, account planners and account managers in the business. Saatchi’s creatives were interested in damning the barriers. that meant killing the brutal sameness of most advertising. Saatchi’s The World’s Favourite Airline advertising for British Airway’s delivered award-winning and way-talked about global work as demonstrated by the Manhattan TV commercial.

Me? I am using brilliant creative thinking when working with my agency clients and in the form of my advertising book, The Levitan Pitch. Buy This Book. Win More Pitches. This book combines my Saatchi learnings (the good and the bad) = be ballsy (be unignorable!), make sure you think creatively in everything you do and manage a powerful meeting.

Ballsy? Here is why: Ballsy and creative agencies win. Just ask Droga5, GSM, Wieden+Kennedy and M&C Saatchi. They are not ignorable. Are you unignorable?

I wrote the book on winning new business. Buy the book today —-> Here. You’ll win more pitches. I guarantee it.