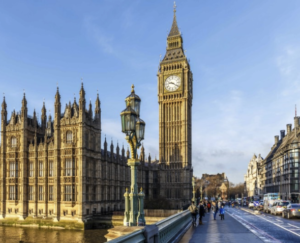 My friend Michael Moszynski, Founder and CEO of London’s global advertising agency LONDON Advertising, recently sent me an agency Press Release with the headline: “LONDON Advertising ad campaign sees its awareness surge an impressive 50% and overtake Adam & Eve in Populus poll.” I’d say that LONDON Advertising is able to say “yes” to the question… “Is Your Advertising Agency Famous And Unignorable.’

LONDON Advertising got to fame and unignorability by running a real broad awareness advertising campaign for the agency (and working on being famous for years). Yes, you heard me right. They actually used real (LOL) advertising to up their image and awareness in the UK. I’ve written about this campaign here: Does Your Advertising Agency Advertise Itself?

Help You Getting Your Advertising Agency Famous And Unignorable

#1. How did LONDON do it? Read their PR and think about your agency

In a Populus poll of awareness of UK ad agencies among over 2,000 members of the public, LONDON Advertising demonstrated the power of its ad TV and Outdoor campaign to promote its own brand with an outstanding set of results.

Quick story. A while ago I moved to London to work at the original Saatchi & Saatchi Advertising Worldwide on Charlotte Street. I quickly found out how famous Saatchi was when I  got in a cab and told the driver the address. He said, “Oh, you are going to Saatchis.” From then on I’d just say that I was going to Saatchi. If you said your agency name to an Uber driver (let’s pretend she does not have the app for a second) would she know YOUR address?

OK. How to get to famous? Three “simple” but, ya know, like, important things.

Oh, while you are at it, how about your personal brand? Are you famous? Did you see the video on my Home Page? For some of you… yes, I ripped off the name association idea from the great conceptual artist Chris Burden. Steal like an artist.