Gary Vaynerchuk Is Full Of Shit. Too Harsh? 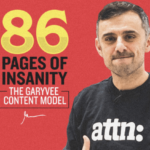 Before I get to the meat, as in the why of the “Gary Vaynerchuk Is Full Of Shit” blog post (the original, below) I want to point out that this post has received 6,369 views as of today. Clearly, the keyword Gary Vaynerchuk travels. Understatement. Saying ‘shit’ probably does not hurt either.

Plus, for all of you SEO geeks, Animalz told me to update this post.

Let me start with the word ‘shit’.

Here’s a story from my first days in Oregon after I purchased Citrus, my advertising agency. I am a born and bred New Yorker. “Fuck” is in our daily vocabulary. As someone who has lived around the world, I’ve modified the use of ‘fuck’ because some cultures are not as upfront as us. After I moved to Portland I found myself in an early AM meeting and I hear myself saying ‘fuck’. Being a highly sensitive type, I turn to the woman next to me and ask, “Oh, sorry, is it OK to say Fuck in a Portland meeting?” She says, “It’s OK to say it – but only twice.” I love Portland! That was one of my intros to the culture of Oregon.

OK back to Gary Vaynerchuk is full of shit. Am I being too harsh? No. A while back I wrote on Linkedin about Gary’s take on traditional advertising. He did two minutes of dumping on the world of advertising which ran on an Ad Age Digital Crash Course segment. To maybe to make it easier for you, here’s the copy from the post from Linkedin…

First a moment of background. When I lived in New Jersey I was a happy customer of his huge wine shop and as an early digital media adopter, I was well aware of his significant social media foresight and skills. Gary was early and right. And, in a world of ad agency growth issues, he has managed to build a 500 person agency. Bravo.

Here’s the ‘shit’ part. In the video, Gary pontificates in ‘Gary Speak’ about how sales and marketing are not aligned i.e. agencies don’t care about selling products (only about winning awards); that emotion does not sell (tell that to “Think Different”); that ‘traditional’ advertising is inefficient (like much of digital isn’t); that creatives might want to consider shooting 10 spots for $300K each vs. one for $3 million (what world is he living in?) and that maybe we should think about testing advertising before we run it (hmm… that’s a new one).

I love self-promotion. And I get railing at the old ways of doing business to further one’s cause. But, please, cut the way too obvious crap and don’t be insulting.

Look, I get self-promotion. But, please, do not be so insulting (even if you are a little bit right.)

I actually like Gary and his Garyvee persona. I have super respect for his personal branding and VERY high energy. And, I dig that he has been well ahead of the curve re new technologies and marketing platforms like Instagram and now TikTok. Frankly, way too ahead of many advertising agencies.

And… I’ve said nice things about Gary in the past. Old school advertising CEO.

Side note: Gary will also star in one of my new videos.

Here is another well-viewed post… The Advertising Agency Survival Guide