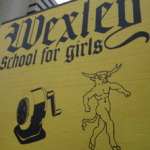 Did you hear the one about the ad agency? Probably not. There isn’t much humor in the ad biz. An advertising (or digital or PR) agency with a sense of humor is as rare as a Sasquatch sighting. Believe me. I’ve looked at hundreds of agency websites. But, but, check out the Wexley School For Girls.

FYI: This was written in 2013. Sadly Wexley School For Girls closed. Word on the street is that most of the Wexleyittes moved to Panama. I have not changed the post’s tense (as in today vs. yesterday to protect the innocent).

But, Seattle’s Wexley School For Girls has delightfully stared down the idea that dull is a positive agency attribute. Wexley has built a strong business around the idea of quirky plus sound strategic thinking plus compelling execution. This formula has netted them a very sweet client roster that recognizes that boring is boring and boring doesn’t cut it in a world where consumers / viewers now control the advertising experience.

Lets start with the name Wexley School For Girls. In a world of agency initials, founder names, cute names (I admit to this, my agency was called Citrus) and names that are so random and universal that it takes five minutes to find the agency on Google (go find Breakfast.) In me-too name-land, Wexley stands way out.

As Seattle Weekly reported in 2007:

“The name,” jokes the 40-year-old Ian Cohen, “came from a group of nuns in Wexleyshire, England. They were cantaloupe farmers with a holistic approach to their garden.” Advertising Age put Wexley first on its 2006 list of favorite agency names; the company beat out Tokyo Plastic, 86 the Onions, and Acne.”

“We really kind of want to be ridiculous, and it seems ridiculous that you could actually do business in this building,” says Cal McAllister, whose company does business with Nike, Microsoft and ESPN and others. “I think overall that Wexley is funny, but it’s not a joke.”

Agree, Wexley is funny / different in a world of ad agencies that barely register any sense of brand differentiation.

This attitude is carried across all the agency’s brand messaging.

Here are some shots of Wexley’s Seattle office. 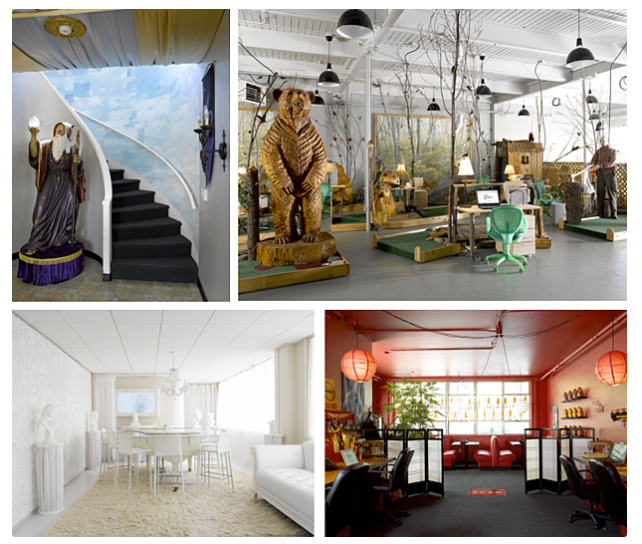 Wexley’s Twitter profile reads like an effective online dating profile and why not? Even prospective clients are looking for an “interesting date.”

On to the agency’s LinkedIn profile, which now adds a strong direct / social sales proposition (other than their buffness) by introducing the idea of Fan Factory.

Wexley is a fan factory. We take your money and turn it into thousands, tens of thousands, millions of thousands of crazy people. We can create them. We can reinvigorate them. We will deliver them. Fans that stay for a lifetime of loyalty, with the spending and championing that comes with it.

Our biggest value as an advertising agency is not just getting fans in the door, but earning and sustaining their fanship over the long haul by entertaining them time and time again. As they hold you in their hearts and minds and on the tips of their tongues, we engage them in ways you can imagine and others you cannot. It’s pretty simple, really.

Wexley continues to drive their brand mantra across YouTube and supports it with work that would not come out of stodgyville. Wexley has 64 videos up. Well over the agency average (vs., just for the hell of it, Droga5’s 54.). Take a look at this video for otherwise stodgy Microsoft’s Window Phone. And, note that it’s close to 1 million views.

Hello there. FYI: Facebook was our idea in the mid 90’s and even though Al Gore created the internet, we thought of the phrase, “Information Super Highway.” So, yeah, you’re welcome people of the internet. Not a me-too site. Here is an early version. Simple, to put it mildly. The soundtrack made it — maybe. Well, it always made me need to click through. So, it acted as an audio CTTSTM thing (I just made that up… CTTSTM = click-through-to-stop-the-music.) Once you’ve seen the work and heard the story, Wexley sends you to a contact page that actually seeks contact and makes the hard to resist offers of, “If you want to hire us and make yourself rich and famous call:” There is even a humorous message for job seekers if you want to move on from your not so funny agency.

A caveat… I mentioned Wexley to an agency friend. She thinks that they, and the way they talk about themselves, might register as being a bit too full of themselves. OK, I can see where she is coming from — and yes not being too full is a Northwest attitude red flag. But, ALL agencies are full of themselves. In this case, it’s nice to see an agency that at least knows how to express its ego and use it as a sales proposition.

Do You Need A New Name? One As Good As Wexley School For Girls?

Here is how to name an advertising agency.