Where To Eat and Marketing Agency Influencers 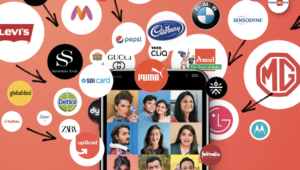 This post is about amateur reviews, the power of influencers as noted by Adweek and marketing agency influencers, and reviews on websites like Agency Spotter.

Some history: I came back to Saatchi & Saatchi New York from our London office in 1994. In both offices I ran business development and ate out a lot. By the time I hit the New York office, Saatchi was on its last legs (as in a company run by Maurice and Charles Saatchi – who were soon “exited” – but founded M&C Saatchi which is arguably a savvier agency).

A thing that hit me when I returned from London in 1994 was this thing called the Internet. I ran around the agency trying to get someone to pay attention but since we were in a bit of a death spiral, I could not excite leadership about the growing digital universe.

While still at the agency I worked with our tech guru to make plans to launch a digital company funded by Digital Equipment. Around that time, I got a call from Tom Florio, the publisher of the New Yorker, who told me that the Newhouse family, the owners of Condé Nast magazines, the New Yorker, Random House and the third largest newspaper group, had this idea of launching online newspapers. I got the CEO job, a brilliant team, and said bye bye to Saatchi.

OK Now On To Reviews

Putting newspapers online in the 1990s was wild. We had carte blanche to invent the formula and the backing of billionaires. New Jersey Online was the combo of the Newark Star-Ledger (the largest paper in NJ), The Times of Trenton and The Jersey Journal. We had the news feeds from each paper, the best coverage of New York and New Jersey’s 7 professional sports teams, the first direct news feed from the Associated Press (a news first), a haiku film critic, Hoboken nightlife reviews, put zoomable cams on NJ beaches, and fab design. We also had what was one of the first set of social media forums – which drove our page views higher than The New York Times online

Ok, I Mean It. Now Onto Reviews.

One day I visited Martin Bartner, the Star Ledger’s uber-experienced publisher, with the idea of having our readers provide restaurant reviews. He nixed the idea as it would damage his paper’s restaurant advertising and did not want to have amateurs review local businesses. Or worse have local businesses submit self-serving reviews. So, we held back on that idea. That was then.

I am currently in Turkey. Reviews for the same restaurant can range from “this food was great” to the “food sucked” to “service was sweet” to “these guys totally ignored us”.

One of my best restaurant meals this month was at Istanbul’s Yeni Lokanta. Here are a couple of reviews. Its like people were eating in different restaurants. I know that YMMV. But, really?

A rather positive review: “Yeni Lokanta is the most incredible dining experience, a journey through Turkish cuisine, located in Beyoğlu, Istanbul. We recommend opting for the tasting menu. Let them take the choice away and just sit back and enjoy an evening of mouthwatering dishes, bursting with flavour! The service is fabulous, and you will have fun together throughout the evening as they take you on a journey to remember. To complement the food, select the wine pairing and be spoilt with the best quality Turkish wines.”

A rather not-so-good one: “Food is average but very pricy out of its league. Service is bad and hardly anyone speaks proper English, for gastronomy restaurant that is odd. They tried charging us extra too for something we didn’t order.”

Me? My meal was fantastic. The server was informative, friendly, and caring. Go there.

My Point? Marketing Agency Influencers Are…

Reviewers, i.e. amateur reviewers, are today’s influencers. We count on them, their finds and opinions. But, man, buyer beware.

Some Influencer Facts from Adweek:

“In fact, slightly more than half of respondents (51%) actively turn to influencers for information before making a purchase, rivaling brand/retailer sites as a reliable source. But that number is once again much higher among younger audiences.

While word-of-mouth is the top way people across all age groups get information about products and services, 74% of those 18-24 rely on social media influencers, while only 24% of those over 55 do the same.”

OK, OK. So What About Agencies? Do It All.

Marketing agencies get found via word of mouth and referrals (most agencies say that this is their #1 source for new biz – often because they do not actually market their agency), their account-based marketing, inbound content marketing, industry awards, and listings from marketing agency influencers like Agency Spotter and Clutch… and importantly, awareness within the search consultant community (here is a list). Oh, and Google. Oh, and today even Tik Tok for the adventurous. Smaller marketers use Tik Tok.

The big guys? Not yet.

Nurture the influencer community. More on the value of Tik Tok to come. Are your compatriots’ subscribers to my newsletter?