How To Drive Advertising Agency PR – As In Getting More Fame 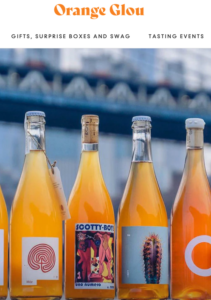 Imagine that your advertising agency is so unique, so well positioned, so good at messaging, so unignorable that it stands so far out from the vast pack of other agencies that your agency gets press and praise from Advertising Age, ADWEEK, The Drum, Marketing Week, Fast Company, and Forbes. And the trade press that your future clients read.

Do it and you’ve hit the advertising agency PR jackpot. A jackpot that gets attention. This is way cool since, in New York alone, WINMO says that there are over 1,500 advertising agency options. And your agency is just one of them and needs to be found – not easy. PR helps getting found. I know, I know you know this. But… are you getting found?

Now imagine the New York wine market where the New York Daily News estimates that wine buyers have themselves over 1,500 wine store options to choose from. A similar marketing and advertising clutter problem to the agency world.

How Orange Wine Kicks It

I was in New York’s lower east side this month and stumbled upon the wine shop Orange Glou. A shop that is so unique, so well positioned, so unignorable that it stands out from the vast pack of other wine shops. In fact, so special that they have received praise from The New York Times, Saveur, Food & Wine, Punch, Money, and Fortune. Even local New York TV (see the video below.)

From The New York Times:

In November 2019, Doreen Winkler started selling orange wines by subscription. Its success led her to open a wine shop specializing in the wines, which are white wines given enough skin contact to add a ruddy blush to the color. Orange Glou, the shop, is opening Friday with 100 different wines from many regions priced from $19 to $99. She points out that these “exciting” orange wines tend to be low in alcohol and great with food. Her inventory also includes some pet-nat bubbles. She said her audience tends to skew younger, under 50, and she’s pleased that chefs are among her fans.

Why Wine And Advertising Agency PR?

Why point out the success of Doreen and Orange Glou? Because Doreen has accomplished what many advertising agencies seek. She has a specialized passion; is a recognized expert; knows how to market her product; gets national attention and is clearly an expert at knowing how to drive PR.

What Can An Advertising Agency Do To Drive Awareness?

Here is a quick list of actions that you could take to get that “free” PR action. No this isn’t easy. But if you try sometimes you will get what you need. END_OF_DOCUMENT_TOKEN_TO_BE_REPLACED 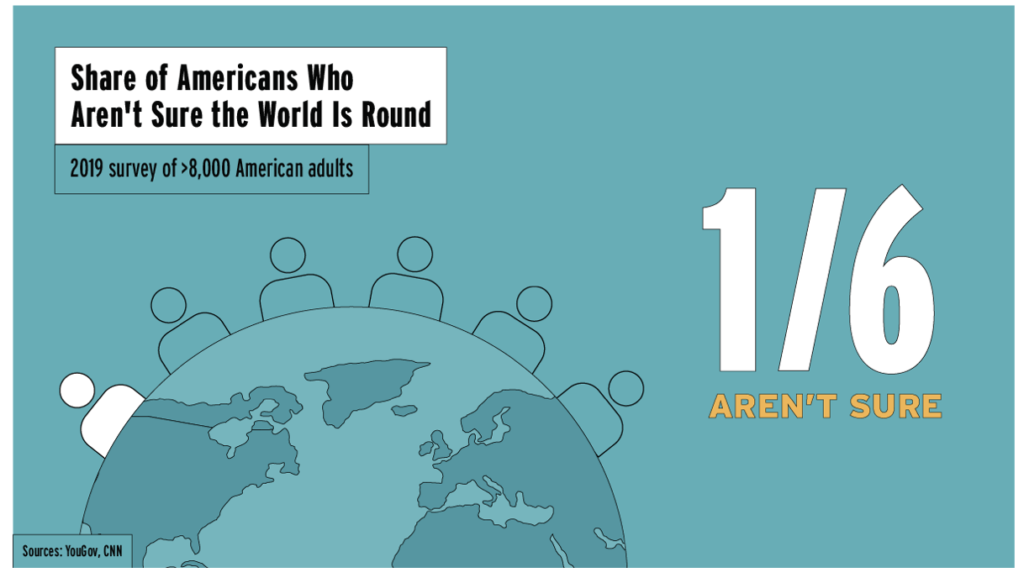 From Scott Galloway’s newsletter, a chart about the “high intelligence” of Americans. OK, get this, many think that the earth is flat. That’s 1/6th of y’all. That’s 55 million Americans.

If any of these 55 million are your advertising/marketing targets, you’d better figure out a really cool and compelling message for them. A message based on, that reflects, how they process information.

David Ogilvy Knew That The Earth Is Flat. Um…

Here is the famous quote from Ogilvy on not underestimating the “consumer”.

“The consumer isn’t a moron; she is your wife. You insult her intelligence if you assume that a mere slogan and a few vapid adjectives will persuade her to buy anything. She wants all the information you can give her.”

So, What To Do? Matzo Anyone? 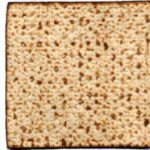 I like the information point of Ogilvy’s quote. And, this is where your agency’s creativity comes in. Can you craft the “information” message to cure, or even leverage, the idea that the earth is flat? Hey, why not go after the Streit’s Matzo account. I think that the ad copy could write itself.

Of course, you’d have to deal with the fact that 98% of matzo eaters know that the earth is round.

Oh, is the Metaverse round? From Ogilvy itself…

Get past just blogging on your website or hoping someone finds your YouTube channel. Why? You want a large audience. More than you probably have. A podcast guest that’s on the ideal show, with the right (large) target audience, with the right message, the right interview technique, and effective podcast marketing wins more awareness, friends, and wonderful personal and business branding. Plus, it is an easy and efficient marketing platform – when done right. Being a podcast guest also helps to sell your message, product, and service.

Here is an efficient path to becoming a famous and rich guest.

The Art And Science Of Being A Powerful Guest

We help them get exposure – today. I believe that the biggest problem everyone has is obscurity. So we help people, authors, speakers, coaches, consultants, and brands get on targeted podcast interviews so that they can get heard. They can get in on the conversation with their ideal customers. 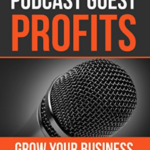 Want the definitive How-To? Do you like FREE? Go directly to Interview Valet and you can get a free copy of the informative 149-page book Podcast Guest Profits. Grow Your Business With A Targeted Interview Strategy.

Links Just For You

A nice thing for me… Feedspot has recognized Advertising Stories as being a top 15 advertising podcast. 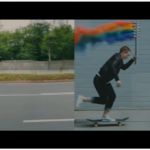 Switcheroo? Media trope? Let’s start with this definition from Wikipedia:

The phrase man bites dog is a shortened version of an aphorism in journalism that describes how an unusual, infrequent event (such as a man biting a dog) is more likely to be reported as news than an ordinary, everyday occurrence with similar consequences, such as a dog biting a man.

The article, about who won the Emmy Awards for outstanding television commercials makes me think that these huge awards only go to the rich and famous. Why do Nike and W+K win again? And, again? Yes, this is a wonderful TV commercial, and W+K rocks. But other agencies and other advertisers make great ads. Even agencies in North Carolina.

Are Nike and W+K that much better than other advertising agency and client pairs?  Over and over? While these guys do great advertising (note that Nike was a long-term client of mine when I had an agency in Portland and W+K was hard to ignore), I have to think that the judges do not, must not look at a whole lot of advertising from the universe of poor and infamous advertisers. There are dozens of advertisers and there has to be a reason that Nike is repeatedly listed as the winner.

Yes, there is more. Who were the (surprising – LOL) other finalists?

Nike Loses Advertising Award (Not) And Now, Even More, More Rich and Famous

As Media Post points out – Nike is in good company. An obvious band of rich and famous advertisers:

“The other nominees in the category included spots for Apple AirPods and Apple Watch Series 6, a separate Nike spot, and ads for Amazon Alexa and Beats By Dre.”

Apple, Apple (twice), Nike (again), Amazon, and Beats By Dre… Really? My take is that The Emmy’s just got lazy – and too obvious.

Obvious? Let’s remember that The Emmy’s is about TV bucks, and mega brands and big spenders like Nike, Apple, and Amazon are, well, way into the world of TV bucks.

Need more words on advertising awards and what ones y’all should enter? Go read this: Top Advertising And Design Awards

Here is my vote for a TV commercial for the next award show. Oikos Yogurt and karaoke.

Did I Say Watch #likeAGirl ? 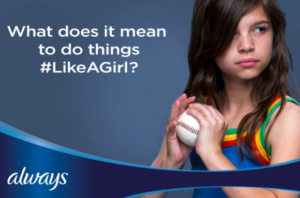 I originally wrote this blog post about ‘girls’ and the #likeAGirl advertising campaign in 2014. One of my earlier blog posts.

I now have a one-year-old granddaughter and this smart, insightful commercial is even more important to me. And, you if you have a girl OR boy kid; are an uncle or aunt, a grandparent, a neighbor…

This powerful, important “advertising” is wonderful to watch. But, even better, it does wonderful things. In this case, P&G’s Always slam dunks with a video about being a girl. Take a look at the response at #likeagirl

“The Always ad, “like a girl” by Leo Burnett, aims to empower young girls and rewrite the rules of negative connotations associated with being a girl. It has been shared 536,519 times in the last seven days.”

That was in 2014. Please add to today’s viewership and share the video out in the world.

Using #LikeAGirl as an insult is a hard knock against any adolescent girl. And since the rest of puberty’s really no picnic either, it’s easy to see what a huge impact it can have on a girl’s self-confidence. Always wanted to show that doing things #LikeAGirl is amazing!