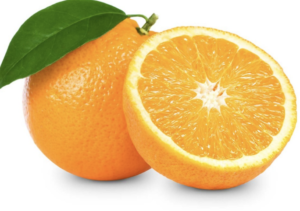 I was speaking with an advertising agency client this morning and she told me that they just got off a call with their advertising agency lawyer and it appears that the agency, for competitive reasons, has to rename one of their in-house developed tech applications. It is an important app for their clients and it also represents real smart intellectual property for the agency. OK, this stuff happens. Plus, it reminded me of a funny conversation I had about trademark infringement.

I sold Citrus the agency in 2014. A couple of weeks after the deal closed, a close where the name Citrus was dissolved, I am sitting in my room at L.A.’s The Standard Hotel and I check my voice mail. An unknown lawyer says that I have to call him immediately about a serious company issue. So, I give him a call.

No polite chit chat, he dives into a threatening diatribe about how I have to get rid of the name Citrus or he will sue the shit out of me. As you now know, I sold Citrus a couple of weeks earlier and the agency name went bye-bye. While the dude is doing his nasty lawyer thing, I’m like thinking this conversation should be fun. So, I let the guy rant and rave and he is telling me that I have to change the name of my ten-year-old agency like tomorrow – or ELSE! I play along. I am being polite but am telling him that I can’t do much. He is asking why I can’t do much. After a few minutes of obfuscation, I say OK, I’ll change the name. And, I hang up.

I’ve been in business a long time and have had lots of legal conversations at my global agency, at my two Internet start-ups, and at Citrus. I can say that this call was the most fun of all.

And Then… Even More Citrus

Just for laughs because I can’t remember who the Citrus that contacted me was, I just looked up “Citrus” on Google. Guess what… there is a Citrus Studios and Citrus Advertising.

Maybe they should both get lawyered up.

Do You Need A New Agency Name?

If you do, head over to my wonderful blog post about, yup, how to name an advertising agency.