Want To Know How To Sell A Business? Many Want To Do That Right Now.

I Wrote The Book: ‘How To Sell Your Advertising Agency. And, How To Buy One.” It Is Built For Anyone That Wants To Sell A Business. 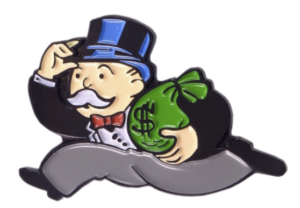 I wrote the free, yes free, 57-page “How To Sell Your Advertising Agency” book so you will learn how to add significant value to your advertising, digital, and I mean it, whatever kind of company you have. Do you want the book? Just ask me or subscribe below or to the side. Yes, even free has its cost. But, hey, just do it.

How To Sell A Business & How To Buy One.

I bought and sold three advertising agencies. I also had two VC backed Internet startups. I get it. Here is a start for you – The Why and how of my buying an agency in 2002. The deal is to really know why you want to buy or sell and what you will do after the deal.

I will post about the other deals very soon.

This deal had multiple objectives. I wanted to leverage my deep advertising and digital skills + buy a successful advertising agency + move out of the New York area to much greener, mellower pastures. The deal I was looking for would meet both business and personal needs.

I bought the Bend, Oregon advertising agency Ralston Group in 2002. At that time, I was living in New York and had left the position of CEO and founder of ActiveBuddy, a highflying Internet startup. We had raised over $30 million from VCs and individual investors and had patented natural language technology (earlier than SIRI) that we used to create the incredibly successful Instant Messenger Bot, SmarterChild. It ran on AOL, Microsoft and Yahoo. That was our “sample” Bot that had millions of followers because people liked to talk to a smart computer. The business goal was to create natural language Bots for brands and media. These Bots allowed people to talk directly with brands and information resources. Interestingly, our first paying technology customer was Warner Records’ hot band Radiohead. I could not have invented a cooler market entry.

Our company goal, like many other dotcom boom companies, was to sell the company to one of the majors. We in fact had deep negotiations with all when the dotcom dam burst. To make a long story very short, I did not get my “fuck you” money from a sale. Oh, don’t worry about me. I actually came out OK. Microsoft bought our technology.

After the dotcom bust debacle, I started to look for a company to buy. As an ex-Saatchi & Saatchi Advertising executive, owning an advertising agency was one of my options. I found Oregon’s Ralston Group though a classified ad in the Wall Street Journal – how 2002. Advertising in the WSJ was a smart move by Ralston Group’s owner. Here are the four main reasons I bought the agency.

The Ralston Group was a very smart and creative agency. Kevin, who would be my partner after I bought out the majority owner, was one of the best Creative Directors I had ever seen. The agency staff was also top notch. Without question equal to the talent I had worked with at Saatchi London.

The agency had a strong client list in Oregon and Idaho. Big community banks; major healthcare companies (hospital groups and Blue Cross); Sunriver Resort and Idaho Power and more. These clients came with recurring revenues. I knew that the addition of my Saatchi and digital startup background would help us grow.

The owner, who was looking to get on with her life after building the agency, was realistic in respect to agency valuation and – important to say – was easy to work with.

The agency was in the soon to be very famous Bend, Oregon. The idea of my wife and me raising our children near a ski mountain, rivers, fly fishing, mountain bike trails and, yes, even great restaurants and brewpubs, solidified the deal. We gladly gave up the usual two-month wait for a table at New York’s hottest new restaurant for 6,000 feet of fresh air.

Years later, I still view this as a very good business and personal deal.

Stay Tuned For More Stories On How To Buy Or Sell A Business. Plus More Expert M&A Podcast Interviews.

The next story will be about how I bought a design company that got me Nike as a major client. And after that one, how I sold my agency – and got lost in Mexico.

Oh, more… Here is a link to my podcast interview with a major M&A expert. You’ll hear how to sell – the details about how to do it that is.