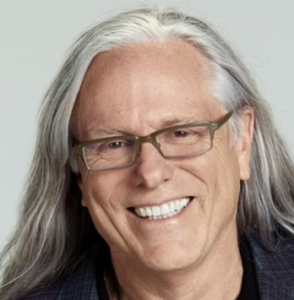 I am going to discuss two forms of advertising and ageism. First, as it relates to agency staffing and second about the insanity of not marketing to the richest consumer market.

Start Here: There are few areas of the advertising industrial complex that baffles more than rampant ageism. Here is a World Health Organization definition of the master issue…

Ageism is the stereotyping and discrimination against individuals or groups on the basis of their age; ageism can take many forms, including prejudicial attitudes, discriminatory practices, or institutional policies and practices that perpetuate stereotypical beliefs.

I see two areas where ageism lives in advertising.

Oh, oh… before I start. I was going to use Jeff Goodby of Goodby, Silverstein & Partners (that’s him in the photo) as an example of an ‘older’ guy who still works in advertising. But, and I find this kinda humorous, it is virtually impossible to find out how old Jeff is. I suspect that he has erased age from his bio.

There is no question that the advertising industry is about young people and the not over 45 employee. According to AdAge:

In 2017, the majority, or 63 percent, of workers in advertising, public relations and related services were under 45 years of age, according to the Bureau of Labor Statistics. The median age in the category was 39.2—roughly the same as a decade earlier. (By comparison, the median age in accounting, including tax prep, bookkeeping and payroll services, was 45.)

Though I find advertising agency employee-based ageism unnerving, I understand this bias from a business perspective. As an ex-agency owner, I know the need to keep staff costs down. In what is becoming a lower and lower margin industry, cost efficiency, especially when it relates to salaries and healthcare costs is critical. My over 50 employees cost a lot more than my under 40.

Another reason that agencies go “young” is that there is the perception that older workers do not “get” new digital marketing platforms. Really? Are we really thinking that one has to have been born after 1990 to understand how digital marketing works? I am twice the age of the average agency employee. Yet, I was one of the ‘inventors’ of digital news in 1995, launched the first natural language marketing interface in 2000 (think bots) and ran an Oregon agency that specialized in digital marketing. Do you think that I am the only older person that gets it? I mean frankly, how much of a fucking genius do you have to be to understand Instagram video?

I think that the idea that anyone over 45 does not get it is simply an excuse to keep costs down by reducing the number of more expensive employees.

Imagine a marketer waking up and not wanting to market to a huge segment of the population? Well, that is how advertising works today.

Despite being a massive market, only about 5% of U.S. advertising is even aimed at people over 50 according to Havas Group. There are many reasons for this. But I think that ageism plays a part (like you are 27 and like why would I want to spend my client’s budget on people like my parents?) I mean, they don’t use Snapchat. They don’t play Minecraft. They don’t binge drink.

When you staff up an agency with 27-year-olds, you are going to miss having a bunch of people with broader life experiences. The kind of life experience (and no, I am not suggesting that agencies need in-house 70-year-olds) that helps your agency sell more stuff.

Isn’t an advertising agency in the business of selling more stuff? To like, whomever?

Possibly, not selling more stuff is a reason that advertising agencies are not perceived as being essential as they used to be to driving client sales.

Want more? Read this from Fast Company: Why marketing to seniors is so terrible.