Michael Donahue Has Many Letters to His Name. DFS, S&S, L’eggs, 4A’s, and ANA. Hear Him Discuss The Birth, Life, And Death Of L’eggs Pantyhose.

Michael is going to tell us about how a brand can be born, grow to greatness, and die. This interview covers the birth, life, and death of one of America’s best-known brands – Sara Lee’s L’eggs. Michael ran this account. He also managed to corral ZZ Top and the Radio City Rocketts for the brand’s advertising – two names not usually associated with any brand at the same time. Nothing is forever in brand land.

Michael, an original Mad Men man, has been an Executive Vice President and Board member at Saatchi & Saatchi Advertising; EVP at The Association Of American Advertisers and Senior Director Of The Association Of National Advertisers. He is also the tallest man in advertising. And, if that was not all, he did in fact urge the advertising industry in the 1990s to move into the world of digital marketing using his exalted position at the 4A’s.

We will also discuss what the Association Of National Advertisers is and does for mankind. 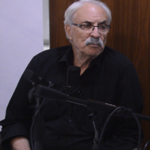 A nice thing for me… Feedspot has already recognized Advertising Stories as being a top 15 advertising podcast.

Do Not Forget To Subscribe to Advertising Stories Whenever you Listen To Podcasts. Please Tell Your Advertising Friends.