The Best Super Bowl Commercial – According To Mom 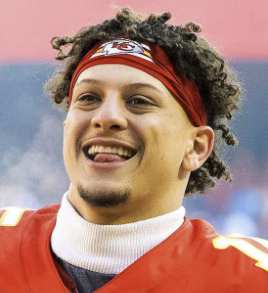 Back in the late 1980s, I ran the $60 million Northwest Airlines account at Saatchi & Saatchi Advertising Worldwide. Northwest was a national and regional airline advertiser in the days when airlines advertised – alot. The airline competed with big-budget United, American, and a range of international carriers. All these airlines produced and ran expensive TV commercials. But, this Northwest TV spot was the best Super Bowl commercial – ever.

The commercial below was a part of the EFFIE and multiple creative award-winning “Asia Series”. The campaign included TV, radio, print, and out-of-home executions. The objective of the campaign was to grow Northwest’s transpacific business. At that time, Northwest was the leading airline flying to Asia and needed to maintain its leadership business.

The Asia Series was notable for two reasons.

The campaign utilized an early form of pre-internet content marketing. In addition to traditional advertising, we created long-form radio content, print, and even the use of telephones (800 and 900 numbers) all designed to provide detailed information on how to conduct business in emerging Asian markets. We viewed our business and cultural guidance as ‘information as a service’. Common today but not back in the 1980s.

We ran our TV advertising nationally and regionally. The Asia Series was supported by a multiple-execution TV campaign created by our ECD Pat Peduto and CW Paige. St. John, which was shot over six weeks in Thailand, Hong Kong, Seoul, and Tokyo. We ran a couple of these on the Super Bowl in select markets including New York, L.A., and Chicago. The spot below is without question the best Super Bowl commercial ever. Why, well, it’s a cool spot. But, if you go to the 13-second mark, right after the glowing elephants, you can see me crossing a Thai road. Yes, this was my rather brief turn as a businessman star in the best Super Bowl commercial – ever.

Well, at least it was according to my mom.