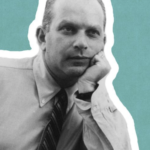 Is it time to fire your advertising copywriter? OK, I am just kidding. I like copywriters. In fact, many of my best friends are copywriters.

OK, OK. I recently played with an AI writing tool called Talk To A Transformer. From the website:

Built by Adam King (@adamdanielking) as an easier way to play with OpenAI’s new machine learning model. In February, OpenAI unveiled a language model called GPT-2 that generates coherent paragraphs of text one word at a time.

For now OpenAI has decided only to release three smaller versions of it which aren’t as coherent but still produce interesting results. This site runs the largest released model, 774M, which is half the size of the full model.

Play with this. It just might write your next novel… or headline. (Yes, that is Bill Bernbach in the pic.)

Go here to see Talk To A Transformer.

Here is what Ad Age wrote:

Which ad copy for a banking service is more effective?

A) “Access cash from the equity in your home.”

B) “It’s true—You can unlock cash from the equity in your home.”

If you answered B, you are correct.  It did better with Chase Bank customers than A did.

Answer B was written by a machine learning language model developed by Persado, “a New York-based company that applies artificial intelligence to marketing creative.”

Kristin Lemkau, chief marketing officer of JPMorgan Chase, noted that machine learning can actually help achieve more humanity in marketing. “Persado’s technology is incredibly promising,” she said in a statement. “It rewrote copy and headlines that a marketer, using subjective judgment and their experience, likely wouldn’t have.”

Chase plans to use Persado for the ideation stage of creating marketing copy on display ads, Facebook ads and in direct mail, according to Yuval Efrati, chief customer officer at seven-year-old Persado. He says that the AI company works alongside Chase’s marketing team and its agencies.

I put this copy into Talk To A Transformer: “Peter Levitan is a marketing genius.” Here is what I got back.

Levitan’s marketing plan for this film is genius. It should’ve been called The Greatest Marketing Plan Since The Great Depression.

This film should’ve debuted on the Oscars, but they gave it an A. It should’ve been called The Greatest Movie in Hollywood History.

Maybe with this tool, even I can become an official advertising copywriter. NOTE: I first wrote this 11 Must-Have Ad Agency Business Development Tools blog post at the very end of 2014 and a few minutes ago the website checker app Checkbot pointed out that this post has a couple of dead links. (4.5 years later and it is interesting to see what tools have survivied). So, I thought that I’d repost and make things work. I suspect a reason for the broken links is that some of these tools are history. Here is what I found.

Back to 2014 – it is still worth the read… Blog post Consistency, actually the lack of it, is one of the most pressing issues that reduces the effectiveness of most advertising agency new business programs. So… Here are some ad agency business development tools that I recommend to keep your agency’s new business and content development program on track. (Tweet this.)

These tools (and there is a big world of tools out there these days) will help your efficiency and, more importantly, make you look like a subject matter expert because you are on that ball. Even better, as you use these tools for your own business development efforts, you will be gaining social media expertise that will dazzle your client prospects.

Clients (the ones you do not have yet) need your help according to this research from  Ascend2. Almost half of the clients surveyed have significant social media obstacles to overcome. You can help them by helping yourself.

This list of 11 tools is my first set of recommended online social media management tools. There will be more coming. END_OF_DOCUMENT_TOKEN_TO_BE_REPLACED I’m laughing a bit. Clarity is not exactly what I get from this Marketing Technology LUMAscape chart. Clearly, LUMAscape provides a great organized overview. However, the marketing tech landscape is insane – especially when shown in aggregate.

Insane due to its complexity, competing platforms, the time that is required for any ad agency to drill down into the information, etc. For me, the chart makes charting the path through this ever growing marketing technology universe daunting – and time-consuming and expensive (for the agency and its clients).

But. But. Clients are shifting dollars to marketing technology. And, while this ad zone is complex, your agency better be applying some gray matter and resources to this area. Here’s some research proof about the shifting landscape. LUMAscape Gets It Right

LUMAscapes are an excellent example of smart, compelling content marketing.

Here is how LUMAcape describes itself:

LUMAscapes are some of the industry’s most widely referenced resources. They organize the ecosystem across all critical categories and provide clarity to a complex digital media and marketing landscape.

A note to advertising agencies.

LUMAscape probably hired a bunch of intern-types to create a list for each subject group and then a more senior person edited and ranked and then handed it all to a junior designer and — Voila, LUMAscape has a great sales tool that gets distributed by people like me. Couldn’t you create some on-going, easy to produce yet valuable insights that can be reproduced and distributed? This kinda stuff can get your agency noticed.

How To Win New Advertising Accounts With Research I am a research junkie. I think it comes from having started my career at Dancer Fitzgerald Sample, a huge NYC agency that excelled at consumer research and had a range of proprietary tools all managed by a multi-person research staff. And then, a couple of years at Saatchi London, with its cadre of Account Planners. And, over the years, I worked with clients like General Mills, J&J and Sara Lee that used advertising research to track everything before they made big buck decisions.

And, I know that smart targeted research is one of the best new business attractors. Read this article on how to grab the attention of virtually any client “An Irresistible New Business Sales Pitch“.

And, when used strategically in an in-person pitch, smart, compelling research can help you win the heart and mind of a client within the first five minutes of your meeting. Used correctly, research can be a dramatic wake up call or a smart way to confirm that you get the client’s business and industry.

Good news on the research front is that with digital tools, we do not necessarily need to run expensive research programs to generate decision-making or new client attracting data. Here are a few tools that even an intern can manage (manage, not set up) to whet your information appetite. END_OF_DOCUMENT_TOKEN_TO_BE_REPLACED A few years ago, my agency Citrus used a ‘sign’ to help us win the LegalZoom account. The Photoshopped sign illustrated how much Americans waste on legal fees. That’s it on the left.

I love automation. Um, that is until I get generatored out.

Hipster Logo Generator.  OK, you don’t live in Portland yet. But you can have a hip Ripcity logo.

Invoicely. You want to get paid, right? Here is the easy way to craft that invoice.

This post is just one more element of my Big Advertising Agency Resource List. Let me know if I am missing anything.