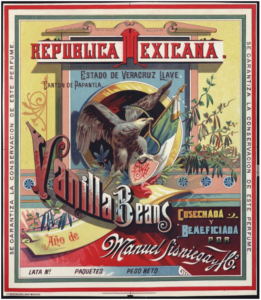 I quit advertising twice. First when I left my global job at Saatchi & Saatchi to do the Internet startup CEO thing. Then again a few years later when I sold my Portland advertising agency Citrus to become an advertising agency consultant. I did the digital nomad thing for a year and then moved to Mexico. I can work from anywhere but like living in Mexico.

And you? Now that you to can move around, it just might be time to move your gig to a groovier place than Boise.

Every week gringos (the definition: “in Spanish-speaking countries and contexts, chiefly in the Americas – a person, especially an American, who is not Hispanic or Latino”), ask me “How did you move to Mexico? Why Mexico? What is life like in Mexico?”  Recent travel to New York and Naples, FL. have coalesced my thoughts on the right answers.

Plus, one of my very own USA ad agency clients has decided to move to my town San Miguel de Allende (SMA). Why choose San Miguel? Other than my piquing his interest over time, he knows that SMA is one of the most beautiful towns in the world. Just ask Travel & Leisure. Plus, he can now work from anywhere. Just like you.

OK, why move to Mexico? Or, better yet, my town, San Miguel de Allende.

Big reason #1: You can actually live and work from Mexico. We have the Internet.

#2. You can actually make it happen. Most Americans, ya know the ones that think the world loves us, are surprised to find that very few countries will accept their full-time residence. Mexico does and getting an official residence is easy. This is a rather critical point as, I am sorry, but Italy and New Zealand do not want you. I am not even sure that Canada wants you.

Mexico is in the middle of the USA times zones. Plus it is close. I can get to Dallas or California in 2 hours. Your clients don’t care where you are and if you need to be in the HQ ‘office’ tomorrow you can make that happen.

Mexico has mucho international flights. There are two International airports within a short drive from SMA and Mexico City’s mega airport is about four hours away by a lux bus or private vans. I have a car but I don’t drive to crazy Mexico City. It would be like my Bozeman Montana relatives trying to cross from Manhattan to Brooklyn in their Ford-150 during rush hour.

Mexican cost of living is rather groovy. According to the cost-of-living website NUMBEO,…

Back to Boise: “Local Purchasing Power in Boise, ID is 155.92% higher than in Mexico City”

My house in SMA is easily 30% of what it would go for in Portland, OR, or Denver or Dallas. New York? Forgetaboudit. My daily croissant and coffee in New York’s East Village cost me $11.00 in May. Here – $4.00. I was just in Naples (a city they tell me has more millionaires per capita than anywhere else in the USA) and the cost of every meal was mind-blowing. A trip to Whole Foods or Publix to feed my 5-person family seemed to always come in at around $300. OK, I do like wine.

Note: Living costs vary greatly. San Miguel is on the high side compared to other towns. Living by the beach in Puerto Vallarta is on the high side. However, if you do your homework and pick the right neighborhood, Mexico makes the inflationary USA housing market look like 1984.

Mexico has real soul. Cool nice people. Music in the streets. Grandmas. Passionate. Sweet kids. OK, it is occasionally loud. And, yes, it can get funky vs. your Louis Vuitton store. But, it is a special funk – like a mellow funk based on life, not commerce. By the way, did I mention that SMA is one of the most beautiful towns in the world? (While I write this, I am sitting in the main square listening to the bells from the world-famous Parroquia de San Miguel Arcángel and watching young girls in white dresses heading inside for their rite of First Communion.)

Mexicans. Mexico just simply feels much more friendly. Everyone says buenos dias, bueos tardes and buenos noches. It is a polite acknowledgment that we are all in this together. Family life rules here. Large families hang out. Advice: do not wear your MAGA hat.

Here is what my neighbors look like… La Gente photographs.

Mexico is a large country. There isn’t one Mexico. Do you want beach towns? We got it. World-class cities, we got it. Places for Gen Xers to get drunk? Sure. Mountains? Yes. Places for you to eat up culture, yup. Big regional differences? Yes. Street tacos at 3 AM? Si.

Want to party? We’ve got lots of roof bars and late-night clubs. But if you want to be hammered 24/7, head to Tulum.

An advantage of having a large number of expats in Mexico is that you have been preceded by decades of USA expat experts – many like me quit advertising in the states. One of my Saatchi ECDs enticed me to move here four years ago. Note that one does not have to only hang with expats. But the local information and advice is a big benefit.

Do you like eating? SMA is known as being a ‘gourmet’ foodie town. Same for Mexico City and… Oaxaca. Otherwise, you know what good Mexican food tastes like (it is better here). Wine? Head to Baja’s Napa quality wines. Beer? Head to the local cantina or corner store. Plus, in a town like SMA where gringos like to eat and cook we have large local food markets and new places like the somewhat insane City Market.

SMA sits at 6,000 feet. As I watch the USA melting in summer 2021, my weather today (in August, is a high of 76 to a low of 58). From the Internet… “The best time to visit San Miguel de Allende is November through April. Though San Miguel’s climate doesn’t vary too much throughout the year (average high temperatures hover between 73 and 88 degrees Fahrenheit no matter the season), November through April experiences less rainfall than the summer months.”  Every day is generally clear with no humidity. Yes, it is very different from coastal, occasionally humid, Puerto Vallarta, Cabo, or Tulum. Which are also good places to hang out and settle. I suggest that you explore YouTube and Instagram and check out these towns plus Mexico City, Oaxaca, Queretaro, Chipas, and Guadalajara. There is much more to Mexico than the been-there-done-it Cancun & Cabo scenes.

OK. The crime thing. “Is it safe?” is one of the usual-suspect questions. Answer = most of Mexico is as safe as anywhere in the USA. I never worry here. Yes, I do pay attention and do not hang in the wrong places at the wrong time. Just as I would in New Orleans. However, there is a major cartel/narco problem that deserves the news.

It is very important to realize that these very crazy guys kill each other. Each other. Just like the Corleones and the Barzinis. Not you gringo. Why is this happening? Well, American’s have an insatiable hunger for illegal drugs, the ‘War on Drugs’, a massive billion-dollar and societal failure, only made drug dealing (illegal drugs, not your legal Zanax) rather lucrative. And yup, you know this was coming, our gun manufacturers will sell anyone guns and love doing it. As of this week, the Mexican government sued USA gun manufacturers for dumping weapons into Mexico. Mucho gracias.

Back to my statement – quit advertising.

I am not suggesting that you quit advertising or even move from Boston to work for a Mexican advertising agency. Although, you could. I am suggesting that you get your laptop, some high-speed internet, a cooler place to live, a cheaper place to live, street tacos and mescal, and move your job to Mexico. Remember, you can get a permanent visa, are only a couple of hours from your agency’s HQ, are in the right time zones, can eat and drink while smiling, will find your true love, and… whatever else turns you on. Hey, maybe you can even get your boss to move to SMA too.

By the way, I have written about moving to Mexico before: right here.