There is a video inside an AdWeek article I want you to watch. Do it. It is about powerful advertising that can make an idiot look like a real idiot.

One of the smarter questions I get from Americans asking about my life in San Miguel de Allende Mexico is – “is Mexico dangerous?” Note, it very safe for millions of Mexicans and gringos – despite the drone of bad USA news. The bad stuff is the cartel people killing each other. Think mafia wars.

I also get this question, “how is the beach in Mexico City”. But I’ll save that brilliant question for another day.

Bottom line: Is living in Mexico dangerous? No. Ain’t Texas. 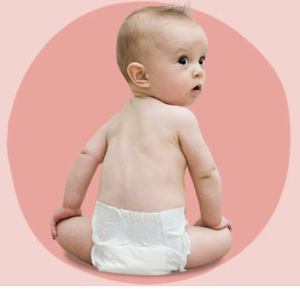 I sure feel safer here than in Texas where it is mucho easier to walk around with a loaded handgun on your hip (in a supermarket or your 7-11) than it is to get a driver’s license.

Imagine buying diapers with your toddler when the low IQ dude next to you is packing a 30-round Kel-Tec. But, I’ll save discussing that insanity for another day.

On a sunny day in early June, David Keene, board member and former president of the National Rifle Association, thinks he is delivering a graduation speech to a high school in Las Vegas. Dressed in a black cap and gown with a bright yellow sash, he stands at a podium and tells the students of John Madison Academy, “Follow your dream and make it a reality.”

Before him stretches a sea of empty white chairs, hiding a chilling truth behind this ceremony. For while Keene believes he is rehearsing for a commencement speech, in reality John Madison Academy is not a real school, and those empty chairs will never be filled.

Each of the 3,044 seats represents a student who should have graduated in 2021–if they hadn’t been killed by gun violence.

Keene and a fellow gun-rights advocate, author John Lott, were both duped into giving speeches for a fake graduation ceremony as part of a campaign from Change the Ref, an anti-violence organization founded by Manuel and Patricia Oliver, whose son Joaquin was killed in the 2018 shooting at Marjory Stoneman Douglas High School in Parkland, Fla.

I want to be clear here. This ad campaign is about stupidity. Not politics.

The video is inside this article – Go Here. It is funny and way sad. Watch it here.