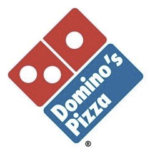 A quick note before I get to Domino’s and their Delivery Insurance advertising… We’ve all seen the, mostly consternation, at the husband who buys his wife a Peloton bike for Christmas. The issues: husband type gives beautiful wife an exercise bike; she (at 120 LBs kicks into gear and by the end drops three LBs.) PC issues here. People go crazy. Spoof TV commercial goes very viral. But, for comparison on the PC scale, I discuss worker exploitation that stars in a Domino’s TV commercial. Did this ad get anyone’s attention? Well, a bit. But not at the level of Peloton.

I am sitting in front of my TV in Mexico watching Sunday NFL football games. Domino’s is spending some big bucks to show me a commercial about its “Delivery Insurance” where their employees freak out, run around the kitchen, drive fast and run down the street and walkways to deliver pizzas that quite possibly had arrived earlier without the right topping. Holy shit, who can live without their pepperoni?

Like you, I have seen numerous articles in the past couple of months about how Amazon’s hourly-wage employees suffer injury trying to get you that new pair of headphones within 24 hours. Some parts of Amazon’s warehouses look like slave-driven machines. This hasn’t been a good PR season for Bezos.

Given the Amazon press, do you think that Domino’s Kate Trumbull, VP of advertising and Hispanic marketing has been paying attention to how a major corporation can damage its employees in a quest for speed? Does Domino’s ad agency pay attention?

Take a look at this commercial. Take a look at how the hourly-wage employees, note – average hourly wage at Domino’s is $6 to $11 per hour for a delivery driver (I’ll do the math for you – that’s about $20,000 per year) – is hustling like a fucking NASCAR whirling dervish to get you that missing dipping sauce.

I guess the next question is… does the TV viewer care about the insane Domino’s work system as long as they get their sausage?

Am I being too sensitive?